We are delighted to republish a complete run of XCP: Cross Cultural Poetics (ed. Mark Nowak, 1997–2010). This effort represents a unique collaboration with our friends at Jacket2 Reissues (who, we happily note, were among the inspirations and advisors informing the initial design of Open Door). There, you can find XCP co-hosted in complementary format. As Danny Snelson writes for Jacket2, "if ever a journal might inspire elaborate forms of postdigital crossposting it's this one... Over thirteen years and across twenty-three stacked issues, XCP forged a network of global poetics and protest rarely seen in an editorial project." This network perches XCP brilliantly between Jacket2's offerings(in their words, "between the ethnopoetics of magazines like Alcheringa and New Wilderness Letter and global poetics projects around the turn of the millennium like Aufgabe and Calque") and the currents of hemispheric, cross-ethnic solidarity that the Open Door Archive seeks to make visible in reissues of 1960s classics like El corno and El grito, and XCP contempories such as Mandorla.

But XCP tells its own story very well, in its own idiom of "social utterance and social inscription." We adapt the following text from the XCP About Page, written near the time of the journal's closure (last accessed Dec 15, 2020):

"XCP: Cross Cultural Poetics began in the mid-1990s as a journal of social utterance and social inscription that sought to open and engage a dialogue between writers, researchers, and theorists in the creative arts, social sciences, political economy, and cultural studies. Its first issues included an expansive array of new works from emerging and established writers such as Amiri Baraka, Diane Glancy, U Sam Oeur, and Edwin Torres as well as translations of writings from the Spanish, Chinese, Khmer, and Tohono O’odham. Issues during the late 1990s focused on central concerns in social documentation and ethnographic praxis, including features on “Fieldnotes & Notebooks” (XCP no 3), Dialogical Anthropology (XCP no 5), “Documentary” (XCP no 6), and “Everyday Life” (XCP no 7). In response to the perceived retreat of social movements in post-9/11 America, XCP expanded its concerns to include more creative and scholarly work addressing the articulation of literature and social movements: Bruce Campbell’s essay “Assembly Poetics in the Global Economy: Nicaragua” (XCP no 10, early 2002), reviews of books like Nancy Chang’s Silencing Political Dissent: How Post-September 11 Anti-Terrorism Measures Threaten Our Civil Liberties, and a special “Third Millennium Red” issue in late 2004 serve as examples. During the second half of the twentieth century’s first decade, we continued to expand our issues (and double issues) with features on “Word” (an XCP-style remake of Raymond Williams’ classic Keywords), a special 20th issue comprised of micro-essays on the theme “Cross Cultural Poetics,” and a final issue of the decade on “South Africa: Literature and Social Movements.” With issue 23, "Social Studies," founding editor Mark Nowak continued the magazine from a new home at Manhattanville College in Purchase, NY. Issues 24 and 25 on pedagogy and “China: Literature and Social Movements” were planned but never published. Reviewing XCP's inaugural issue, Juan Felipe Hererra wrote: "Welcome to a Writer’s Manual on how to detonate the Master Axis of Big Brother Narratives.”

Special thanks to Danny Snelson for Jacket2 and Rivers Leche and Skye Tarshis for their curatorial work for Open Door Archive.

All issues from the collection of Mark Nowak 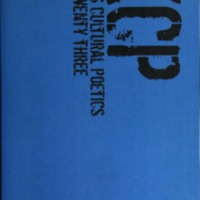 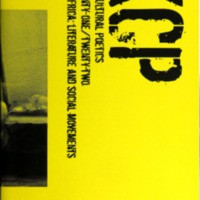 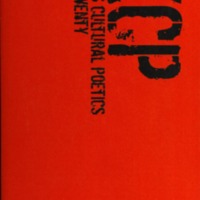 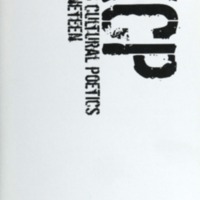 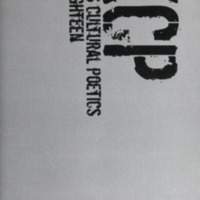 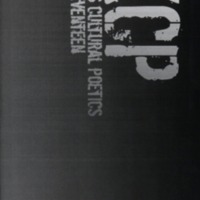 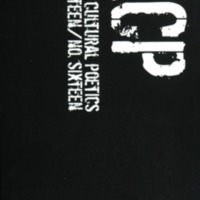 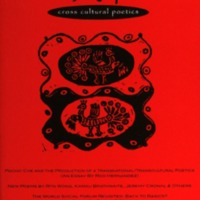